Why some smartphones are protected from water ingress, while others are not

Do you remember how secure smartphones looked like 10 years ago? They resembled toy tanks or all-terrain vehicles, and I even came up with my own method for determining the degree of protection, evaluating the so-called indicator of 'tractor performance'. It consisted in the fact that if the smartphone did not even resemble a smartphone, causing persistent associations with an all-terrain vehicle, it means that it is protected not only from water, but also from falls, and if its appearance more resembled an inflatable pillow, it means that it it is better to save it, but with moisture you can not especially steam up. However, over time, the manufacturers completely abandoned shock resistance, and they learned to hide the moisture protection so carefully that it became completely impossible to determine such devices by external signs. But this has not become a weighty argument for everyone. 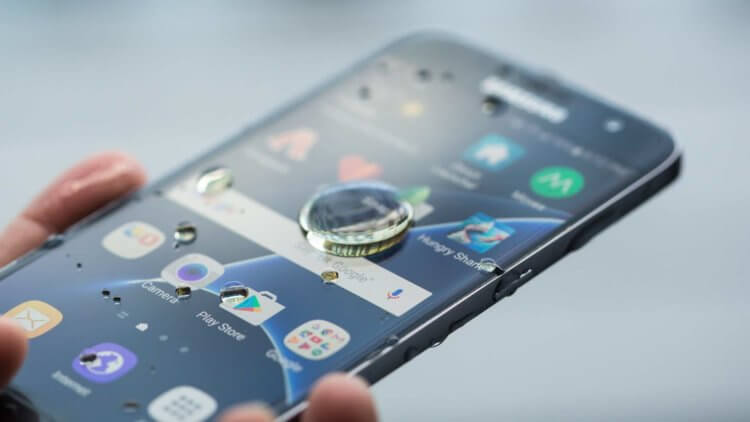 Not all smartphones have IP protection, but not because their manufacturers cannot protect them.

Indeed, despite the fact that with the advent of non-separable smartphones it has become easier to equip them with protective equipment that would prevent moisture from entering, many manufacturers still diligently ignore this aspect. It would seem, well, what's wrong with that? After all, there is nothing difficult to lay a silicone gasket along the inner perimeter of the case and to protect the external connectors in the slightest degree, but even the most popular vendors do not do this, in fact, reducing the resistance of their devices to environmental influences. But there is definitely a reason for this.

What does IP68 protection mean? IP certification comes at a premium and is avoided by many

However, the manufacturer himself, even if he is very honest, cannot assign himself this or that standard, but must contact an accredited organization. Of course, this procedure is not free, but requires the purchase of a special certificate, which has a limited validity period and is usually issued for three years, after which it must be extended in order to be entitled to indicate IP protection in the device's characteristics. If this is not done, the corresponding right is lost and the manufacturer can even be sued, having sued him a large sum of money.

Which smartphones can be immersed in water

Therefore, many companies that are saving on the cost of smartphones prefer not to equip them with water protection. But not because they feel sorry for half a meter of silicone cord for laying, but because in order to be able to declare the device as moisture resistant, you need to have a certificate for which you need to pay. By and large, nothing prevents vendors from simply declaring smartphones as moisture resistant orally, but in this case they will not be able to describe in the instructions what can be done with them and what not. As a result, if the user accidentally drowns the device and applies for warranty repair, it will be impossible to check what happened, because there are simply no landmarks to be guided by.

So what happens, manufacturers save three kopecks on certification, and users have to suffer from lack of protection? Well, actually it is not entirely true. The whole problem is that studies for certification according to IP standards are carried out in laboratory conditions and water is always taken as water without impurities and salts. In nature and even in pools, water of this quality is practically not found, therefore, when manufacturers who have forked out for certification say that their smartphones can easily withstand immersion to a depth of two meters, they are cunning, because they do not specify anything about the quality of the water. nor about its properties.