Android and 9 more inventions that changed the familiar world

There are things in the world that at some point begin to seem eternal. Literally several years have passed since the moment of their invention, but we get so used to them that without them there is simply nowhere. One of these things for us is a smartphone, another is messengers, now completely wireless headphones. But all this someone once invented and at that moment he himself could not believe that all this would take off so much. Let's take a look at some of the most important things that have changed our entire daily life and even our habits. Now we simply cannot live without them, but this only makes it more fun when you observe how manufacturers are trying to offer something new in this direction and pull the blanket over themselves. The contribution Android to the cause of changing the world cannot be underestimated.

What inventions change our lives

A person is such a creature that needs to move as little as possible (literally and figuratively), but at the same time get as much buzz as possible. Actually, this is the key to the success of any invention.

Recently, we have been offered a lot of things that can make our life easier, but at the same time make it more pleasant and understandable. Smartphones alone are worth that, which now do a huge part of the work for us. They really changed our lives, but what else contributed?

Not to the table will be mentioned, but the first smartphone in the modern sense of the word was iPhone of the first generation. It was he who made everyone say something like, “and what, it was possible?” In 2007, it was a device beyond understanding.

Manufacturers began to massively rivet their “killers iPhone”, but so far they have not been killed, although 13 years have passed. It would be more correct to say that two camps have appeared. Some are loyal Apple and others Android. At the same time, the transition from one camp to another in absolute terms is not often encountered and generally goes to the side iPhone.

Of course, from the point of view of smartphones in general, Apple cannot be taken away from her merits, but if we talk about the operating system, then the guys from Google are great. They were able to create an open source operating system that works on almost everything. It was this feature that made the smartphone really massive. Now Android is very popular, but it was not immediately so.

Even the simplest manufacturers began to rivet their devices often from standard parts and made it so that now a smartphone can be bought even for 1000 rubles. The path will be very weak and I think that for this money it is easier to use a good push-button dialer, but there is such an opportunity.

It has been a long time since the release of the first Android – smartphone HTC Dream, but the rivalry between iOS and Android gives us something new every year and interesting.

The invention of Wi-Fi

Thanks to this technology and the fact that now it is very cheap and is almost everywhere, we have forgotten about what wires are. I sat down at the table, and your computer, laptop, tablet, phone and even a watch and smart speaker are already online. Isn't this freedom? Can you imagine your life without Wi-Fi now?

In 1997, this type of communication just appeared and worked, to put it mildly, so-so by today's standards. Despite this, then people were simply delighted that it was possible not to connect the wire to the computer, but it still worked on the Web.

Over time, the speed only grew and now it has reached such values ​​that for 99% of users this is more than enough. Even professionals who work with large amounts of information often get by with just a wireless network.

Wi-Fi not only allowed us to check emails or flip through the feed Twitter, but also gave us tons of consumer devices that connect and exchange information without human intervention, creating a system called the Internet of Things. The term was coined in 1999, but the idea didn't catch on with consumers until the last decade. 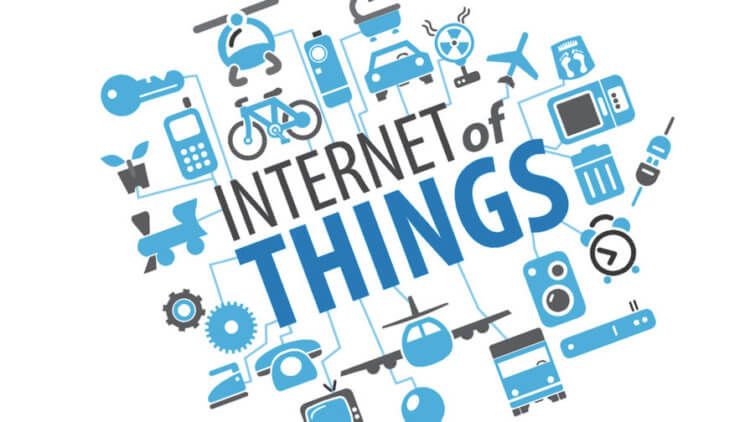 The Internet of Things will be everywhere.

Today, there are tens of billions of Internet-connected devices around the world that enable us to perform smart home tasks such as turning on lights, ensuring security and receiving notifications of completely different kinds. Such technologies are used in health care, municipal service management and other places.

It only proves the popularity of the Internet of Things that this market is growing almost multiples every year. Now it is about $ 250 billion. This is three times more than three years ago, but about seven times less than expected in five years.

With YouTube, Netflix, Apple Music, Spotify, and other similar content channels, our lives have become much easier. Now there is no need to carry DVD-disks and especially videotapes. You just need to log in from the device and you can watch anything anywhere in the world. What do you choose? You can share in our Telegram chat.

All of this has led to the creation of new types of businesses and the people who produce content have an easy way to distribute it. Those who got their bearings in time were able to create billion-dollar business empires, often out of nothing.

Such services were especially relevant during a pandemic, when people all over the world had a lot of free time.

The popularity of video conferencing has always grown gradually, but now it is experiencing an explosion in popularity. Now this technology is irreplaceable, and such market players as Zoom and Skype simply do not know how to contain the influx of users so as not to bring down their servers. For many, it is much more pleasant to communicate this way.

One thing is for sure. People have tried this technology too much and soon they simply will not be able to communicate without it. Already, many people find it easier to make a video call than a regular phone

3D printing is one of those technologies that are getting closer to common use every year. Already now it is not just a toy for geeks, but a full-fledged tool for solving everyday tasks. Scientists have been talking about this for years, but now it's time for the technicians who have implemented the idea. Almost anything can be printed on a 3D printer.

3D printers are used to create materials for just about anything. Even manufacturers like Adidas and Porsche use this technology. Some people call 3D printing the fourth industrial revolution. Consulting firm Deloitte estimates that spending on technology is growing about 13% annually among large US companies and is likely to reach $ 2 billion this year.

The online world was a very different place just twenty years ago. Social networks were not at all the same as they are now, and despite their great popularity, they could not boast of the indicators that they have at the moment.

In 2004, Mark Zuckerberg changed everything when he launched a social networking site for college students called Facebook. The service opened to the public in 2006 and quickly left dinosaurs like Friendster and MySpace far behind. Sometimes it seems like there are already too many social networks.

Today, social networks are not just a popular place for people to communicate. They are used for absolutely everything, including business. For example, in our IT sphere, almost all contacts go through Facebook. Unsurprisingly, it reached $ 32 billion in ad revenue last year and reached 2.37 billion users – nearly a third of the world's population.

Artificial intelligence used to be limited to science fiction. But in recent decades, it has burst into the real world, becoming one of the most important technologies of our time. AI helps solve critical problems in transportation, retail, healthcare and other industries. On the Internet, it is used for everything from speech recognition to spam filtering. AI will soon be everywhere.

But there is also concern that in the future it threatens the creation of autonomous weapons, including unmanned aerial vehicles, missile defense systems and sentry robots. Industry leaders have called for regulating the technology to prevent potential harm from tools like deepfakes, which are falsified videos and blur the line between a real person and a copy that can say anything.

For many consumers, the heart of a smart home is a voice assistant like Alice, Google Assistant or Siri. They can control a smart home and communicate important information and play music through the speakers. Of course, this has not been without AI. Talking to someone who really isn't there has become the norm.

The Google Assistant at Android has received support for quick commands. How to setup

There were over 3.25 billion voice assistant devices worldwide in 2019, and this number is expected to more than double to 8 billion by 2023. But they also pose a privacy issue. Essentially, these are microphones connected to the Internet that anyone can connect to. Even the companies themselves can just listen to you to improve the quality of their services.