Google seems to know why the desktop screensaver breaks its phones

A few days ago, there was a lot of talk about how setting certain wallpapers renders Android smartphones out of order. They just didn't turn on. At the same time, the picture was not some kind of ominous, but on the contrary, it was ideal for a smartphone screensaver. A serene mountain lake with an island against the backdrop of the sun setting behind the mountains. What could be better than such a screensaver picture? It might be better just not to put it on the screen saver. While users were wondering why this is happening – the phone stops working normally – Google did its job and came to certain conclusions, which were shared by its experts. 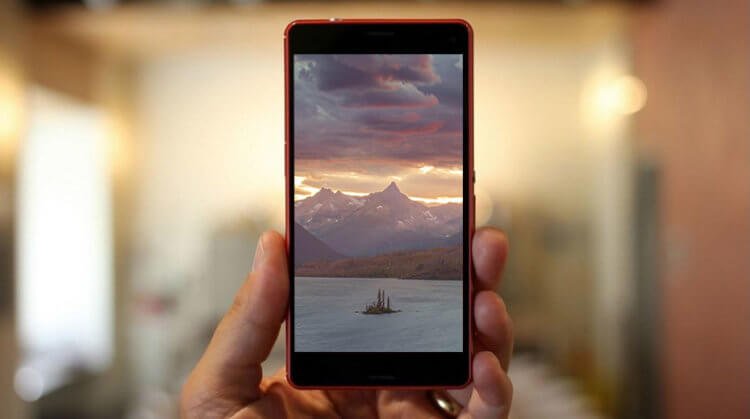 This picture breaks smartphones on Android, avoid it.

Why does the phone restart itself

The photo that everyone started talking about a few days ago was originally spotted on places like Reddit and Twitter. Apart from the peaceful landscape, there was nothing in the picture. But it was precisely its installation that led to the fact that emergency measures had to be taken to restore the smartphone, otherwise it simply refused to work and constantly rebooted by itself as soon as the screen unlocked and the same splash screen appeared on it.

All devices are affected with rare exceptions. Perhaps some manufacturers knew about this in advance and prepared for the difficulties. However, Google and Samsung seem to be the most concerned about the problem right now.

Something like this appeared on devices running Android back in 2018. But then it was not given such widespread publicity. Now everything is much more serious.

Why Android freezes due to new splash screen

Previously, some users and professionals thought the problem was with the color space of the image, which was incorrectly encoded. But according to Romain Guy of Google (who is an expert on how Android handles images and colors), the reason is probably much more simple and has to do with how the grayscale image brightness is calculated. In certain cases, grayscale values ​​may exceed the maximum value due to a rounding error in the calculations being used, and subsequently the system user interface goes crazy with this inconsistency and crashes, which can lead to a reboot. Since the image is set as the background, this error will keep repeating even in safe mode and you will almost get a brick as a result. Once. do not visualize problems with Android.

The phone is constantly rebooting. How to fix?

The easiest fix if you end up getting hurt is a factory reset. This can be done with recovery, but this will reset your phone completely, including all data.

As the XDA devs noticed, a simple fix was provided by Google developer Davide Bianco, although another more complex solution was described by the folks at LineageOS. Since then, Google has reported in the changelog for the originally submitted fix that it has a separate internal solution pending and is working with it. That is, it turns out that the company roughly understands what the problem is and is trying to close this hole in the defense Android.

However, devices that run on Android 11 do not crash when setting that particular image as wallpaper due to the fact that they convert the color space (although, according to Google, this is not the real cause of the problem ). Devices Huawei may also be unaffected. All this speaks precisely in favor of the version with a color space. Sunset is always beautiful, but sometimes it breaks the phone.

Why bugs are dangerous Android

The problem is deeper than it seems. The point is not even that this particular picture spoils users' smartphones, but that there can be many such pictures. It will be enough for them to meet certain parameters and they will also start bricking phones all over the world. Most likely, trolls will even appear who will post such pictures so that people who do not imply anything install them on their devices and simply do not know what to do with it. And the services may have a separate service to solve this problem. However, perhaps I am exaggerating a little, but you get the essence of the problem.

Just be careful with the images you use as backgrounds for now. SamMobile sources claim that Samsung is also close to releasing a fix to address this issue. Hopefully it will be released very soon, although not all phones will get it very quickly (if they get it at all).

All that remains is to remind once again that Romain Guy of Google believes that the problem has nothing to do with color space, and confirmed another explanation for how brightness is calculated Android. The only strange thing is that Apple, which has no problems with the translation of the color space, does not face such difficulties. And in Android 11 everything is fine. Only users of earlier versions have problems. Many people say this is found on Android 6.

Add a comment Cancel reply
Recent Posts
Categories
Recent Comments
You may also like
How to edit video on Android
We all love to shoot videos and photos. And we all
Google will help users Android to fight spam calls
Google, like any other company that is interested in
The best repair and construction apps on Android
Judging by the queues in the stores of building materials
Five reasons why I like clean Android
Users are constantly debating which operating system
WhatsApp is preparing a couple of new features for Android
WhatsApp is rightfully the most popular messenger in
How to install Android 11 on your phone, if at all possible
The time has come! We've been waiting for this
Zoom is already preparing for end-to-end encryption for more security
Much has been said that Zoom, despite its popularity
Zoom, move over! Will Google Become the Leader in Video Conferencing
Over the past few months, overshadowed by the novel
This site uses cookies to store data. By continuing to use the site, you consent to work with these files.