When will the Google Pixel 5 come out and what it will be like. What do we know about him

Many users have been waiting for the Google Pixel 5. Even if they are not going to buy it, the smartphone will still be of interest to many. Even in terms of technology development and the state of affairs of the company that develops and supports Android as a whole. So far, quite a bit of information has surfaced about the Pixel 5, including pricing and release date, but they were all kind of fragmented and gave way too many answers. Sometimes we knew so much about a new product that it seemed as if we knew nothing. One thing is almost certain – this time Google is taking a slightly different approach to the Pixel 5. The company not only plans to include a mid-range processor in this phone, but may also limit itself to just one phone model. In this article, we will talk in more detail and summarize some intermediate results. 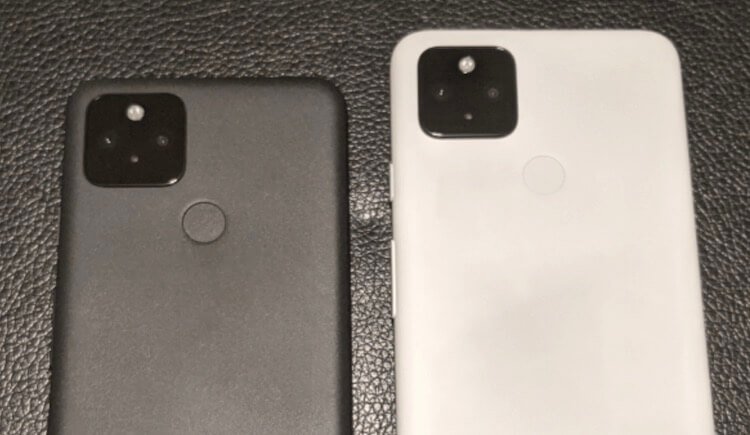 Most recently, the company released the Google Pixel 4a, and it looks like the Pixel 5 borrows some design elements from that phone. The same is actually the case for the Pixel 4a 5G, which is expected to be released in the near future as well. The Pixel 5 will likely be a more powerful device, and the Pixel 4a 5G could be released instead of the Pixel 5 XL. Many will be upset by this information, but the phone will still be big. It will be a regular Pixel 4a 5G.

Not so long ago, there were renders of the new phone, as well as an image in which the new product is shown next to the Pixel 4a 5G. Judging from the images, the Google Pixel 5 will be made of polycarbonate (plastic), just like the Pixel 4a. A single piece of polycarbonate covers the back of the phone and all of its sides.

The device will be equipped with a capacitive fingerprint scanner on the back. The company logo will be barely visible, so it won't bother many. Unlike the Pixel 4a, the Google Pixel 5 will have a dual main camera that will stick out. Most likely, it will be a regular camera and ultra-wide, instead of a telemodule, as in the Google Pixel 4

The front camera will be in the opening of the screen and will be positioned in the upper left corner, just like on the Pixel 4a. The bottom of the phone may be slightly thicker than the others. The power / lock button will be located on the right side, along with the volume up and down buttons, which will probably also be made of plastic. The back of the Google Pixel 5 will be plastic.

In terms of specs, the Google Pixel 5 may not be what you expect. This phone, unlike its predecessor, will come with a mid-range processor. The Google Pixel 4 and 4 XL came with the Snapdragon 855 processor, which was the flagship processor at the time. The Pixel 5 will be powered by Snapdragon 76 5G, according to rumors and leaks. It's the same chip found in the OnePlus Nord, and it's one of Qualcomm's best mid-range chips, not that far behind the top-end Snapdragon 865. But it's a lot cheaper.

This also means the Pixel 5 will support 5G as the 'G' version of the Snapdragon 765 comes with a modem 5G. Contrary to rumors, the novelty will receive a large enough battery with a capacity of 4,000 mAh. Considering its display will be around 6 inches, that's not a bad battery size at all. Before that, users often complained about the Google Pixel 4's short battery life, but its battery had a capacity of only 2,800 mAh, and now it will be much larger.

The phone will also have fast charging, but there are not many details on this yet. 15W fast wireless charging is also expected, which, however, cannot be called the ultimate dream. But in the spirit of modern trends, the smartphone can be equipped with reversible wireless charging so that it can charge other gadgets from it.

The phone will likely have 8GB of RAM and a 90Hz display. Some people expected the phone to have a 120Hz panel, but that probably won't happen. Naturally, the display of the novelty will be made according to technology OLED with a diagonal of 6.2 inches, although options are possible and some rumors spoke of almost a 6.7-inch display, but it’s hard to believe.

Android 11 will be preinstalled on this phone out of the box, and the phone will also likely come with official water protection, just like the Pixel 4a. The expected dimensions of the device are 144.7 x 70.4 x 8.1 mm (8.5 mm with camera overhang). The body will be compact.

As noted above, it looks like there will be two cameras on the back of the Google Pixel 5. This is the same as on the Google Pixel 4, but few people need a telephoto lens to be replaced by a wide-angle sensor, which will be much more practical.

We still don't know which sensor Google will be using for this ultra-wide camera and what else to expect, but the news is really good. This will be very useful when shooting landscapes and large companies. The magic of Google's camera software will of course work with this ultra-wide camera, just as it does with the main sensor. As a result, the pictures should turn out to be very good as usual. The front camera will be built into the screen.

As far as the front camera is concerned, there are rumors that we will get an 8MP module. This could be the same camera that Google uses on the Pixel 4a. Perhaps something will change, but the likelihood of this is not very high. There is no more information about the camera yet, but this is enough to understand that the company is working on it and is trying to offer something new. Someone will say that it was possible to make a 48 megapixel main camera, and a 32 megapixel front camera, but let the Chinese manufacturers do this.

When will Google Pixel 5 and Pixel 4a 5G come out In addition, there are rumors that the company plans to release the Google Pixel 5 in both black and gold and will be unveiled on the same day. On the other hand, according to some information, the gold version should be expected in October. Predictably, both devices will first appear in the US, but they will ship to other regions as well.

Although a major breakthrough in the geography of supplies is not to be expected. At the moment, we are talking about countries such as Australia, Canada, Germany, France, Ireland, Japan, Taiwan, Great Britain and, of course, the United States. The price of the new smartphone will have to be $ 699.