Samsung smartphones have always been considered one of the highest quality and most reliable smartphones. Affected by the venerable age of the brand, the colossal financial capabilities that allowed for research and development, and the trust of partners like Google, which allowed Samsung to release the first Nexus. Over time, the quality of the products of the Korean company practically did not change, which also played into its hands, because it is quite difficult to keep the bar for many years in a row, especially when competitors are pressing you. But, apparently, nothing lasts forever. Samsung smartphones, including flagship smartphones, suffer from a lot of problems. These are both software flaws that do not allow them to fully realize their hardware potential, and low quality materials or manufacturing defects, and spontaneous shutdowns of devices or going into an endless reboot cycle. By the way, users began to report about the last problem just a couple of days ago, because nothing of the kind was observed until last weekend, which, however, does not justify Samsung at all. Users of Samsung smartphones from China suffered the most, but others also got

According to users who decided to figure out the reasons for what happened, without waiting for the manufacturer's response, the whole point is in the failure of the calendar. Due to the fact that chronology is different in different countries, such interruptions sometimes occur. For example, in China, according to the traditional (lunar) calendar, it is now April, and the calendar accidentally superimposed information from the lunar calendar on the Gregorian one, which caused a serious malfunction in all smartphone systems, which simply could not start to perceive two different dates.

Despite the fact that the failure was supposed to affect only the Chinese, it went outside the country. As a result, residents of border regions suffered, as well as owners of Chinese versions of smartphones, which even Russians often buy on eBay or AliExpress in order to save money. Moreover, apparently, the problem manifests itself in different ways. If some people experience endless reboots, others report that their device can reboot with some frequency, still allowing access to the interface.

Samsung is rebooting. What to do 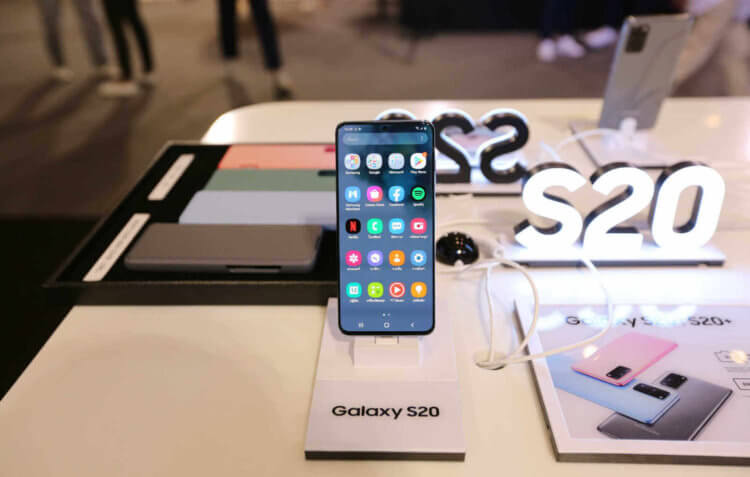 Galaxy S20 is a new smartphone, but it has problems like the old one

Of course, this solution is temporary, but at least for a month it will save you from spontaneous reboots of your smartphone, which cannot cope with two streams of information about dates on its own. And during this time – at least I would like to believe it – Samsung developers will find the cause of the problem and release an update with a fix. It is best not to neglect them, because after a month you risk again encountering interruptions in the work of the time and date systems, which in turn will cause reboots again.

Even if this problem does not affect users around the world, the very fact that it has manifested itself indicates a rather strange Samsung approach to software development for its smartphones. For some unknown reason, the developers simply did not take into account the peculiarities of the chronology according to the Chinese calendar, which caused the two dates to overlap. And it would be okay if this problem turned out to be the only one, but no – since the Galaxy S20 went on sale, Samsung has received a huge number of negative reviews from users who are dissatisfied with its work.