There is no need to wait for cameras under the display in the near future. Explains Xiaomi

Technologies are developing, more and more new inventions appear every year. Companies are constantly offering new features and new capabilities, and one of those capabilities that might be of interest to most consumers is the under-display camera. It's hard not to admit that we all loved this opportunity. And it is difficult to find a person who would say that he does not want to see a camera under the display in the device, because many are simply tired of the cutouts in the screen and the camera moving out. 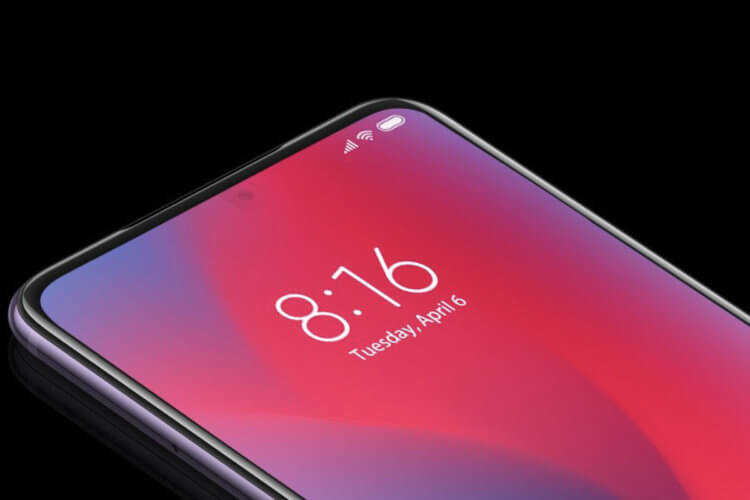 There is no need to wait for cameras under the display in the near future. Explains Xiaomi

Of course, the cutout in the screen does not bother me in any way for one simple reason – you stop noticing it after 5 minutes of using the device. In addition, it is located in the status bar area and does not interfere with viewing content. However, even in this case, many do not agree to use a smartphone with a cutout. More precisely, they use it, because there is nowhere to go, but sometimes you have to be indignant in the comments. So what happens: wait or not wait for the camera under the screen? Now I will try to answer.

Earlier we have already been shown prototypes of smartphones with a camera under the display, and it seemed to many that in the near future we can expect the release of such phones. However, everything is not so simple, and Vice President Xiaomi Lu Weibing will help us figure it out. He stated that we shouldn't expect a smartphone with a front-facing camera under the display anytime soon, but this is because there are technical difficulties that need to be overcome in order to make this a reality.

He stated that the main problem today is too high-resolution smartphone screens. The screen simply does not let in enough light, which leads to the fact that the camera located under the display performs worse than what you would expect from the camera if it was in its usual place. And all because, as we said earlier, there is not enough light for it. And how to solve this problem? Today this question remains a mystery to many. In 2019, two companies showcased prototypes of the under-display camera: Oppo and Xiaomi. The first showed the prototype in June 2019, around the same time the prototype was shown and from Xiaomi. While the developments are in an experimental state, and there is no need to talk about the beginning of mass production. Apart from the lack of cutouts for the camera, the Oppo smartphone does not have any buttons, which makes its design even more futuristic – there are not even connectors, and charging is done wirelessly. For interaction with power and volume, special touch buttons are responsible that can determine the pressure. In the image below, you can see a small square area under the screen, this is our camera. Meanwhile in Xiaomi, although they claim that the quality of the photos suffers, it can be noted that the results of Oppo are not so bad, judging by the examples below. However, in this whole situation, Nokia stood out, or rather HMD Global, which owns this brand. According to rumors, the company is working on a new generation flagship under the Nokia brand, the sales of the smartphone should start this fall. It will be powered by a Snapdragon 865 processor and is rumored to have an under-display camera. The source reports that this feature is already being tested on Nokia 9.2.

It is interesting to know what our readers think about this? Are you ready now to switch to a smartphone with a camera under the display, even if the quality of pictures from the front camera may suffer significantly? Share your opinion in the comments and subscribe to us in Telegram.