Here's a twist: Google Pixel 5 could have a Samsung processor

Many people complain about Samsung's Exynos processors. In a way, I share this outrage, but only in terms of the fact that people are selling a smartphone with a weaker processor for the price of a more powerful one. Otherwise, I consider all the hype a little exaggerated. Although it is still unpleasant. But this is how to be now, when Samsung has taken together with Google to develop processors that may well take place in the next generation Google Pixel. Where then to go to those who are already dissatisfied with the smartphone of the “Corporation of Good”? So many questions and so few answers. Let's at least try to figure out what is generally going on in the cooperation of the two giants and what they are “doing”. What processors will the Google Pixel now run on?

I propose to start with the main thing. Samsung's processors are very bad. A coarser word spun around in the language, but it is unprintable – therefore just bad. Some of the flagships of the Galaxy line are equipped with Qualcomm processors, and some with Samsung-branded Exynos.

Many users are constantly talking about the need to abandon Exynos and even preparing petitions about this. The company, even admitting the lag in iron quality, still does nothing to reduce the price in the markets of India and Europe. That is, those where flagships are sold on Exynos. This is very sad, but I am still convinced that the cries of users are greatly exaggerated. For those who play games, the performance of Samsung chips may not be enough, but the vast majority do not use even 50 percent of the power built into the processors. What don't they like? They will never experience underperformance in their lives. And I can advise gamers to buy a ROG Phone, not a Samsung. There will be no problems.

What will be the new Samsung processor

Now there is information according to which Samsung has decided to deal with its chipsets very thoroughly. To do this, they revised everything, including their base. Even the graphics will no longer be ARM Mali, but AMD Radeon. Such major overhauls are not quick and, most likely, the new processor will have to wait. But there is a chance that this particular update will make Exynos processors very competitive. There is also information that Google Pixel smartphones can start working on such chips.

I already talked about the fact that the Pixel may lose the top Snapdragon in favor of a slightly less productive, but cheaper and easier to install Snapdragon 76 chipset 5G. The 765 also benefits from integrated support 5G. This saves not only money on the purchase, but also space in the case during installation. Google Pixel 5 could get this processor.

The news that Google and Samsung are jointly developing a new chipset is some rebuttal to the previous reasoning. If development is really going on at a serious level, perhaps the Pixel will receive an Exynos processor. One thing is clear for sure – it is worth waiting for changes. The top Snapdragon no longer needs the Google Pixel.

It is too early to say what kind of smartphone the chipset being developed by the companies will be in. It can be both the flagship line and the line of the “a” series, for example, the Google Pixel 5a, which will be released only a year later. The upcoming Google Pixel 4a will definitely not have such a processor, as it has already arrived in some stores. 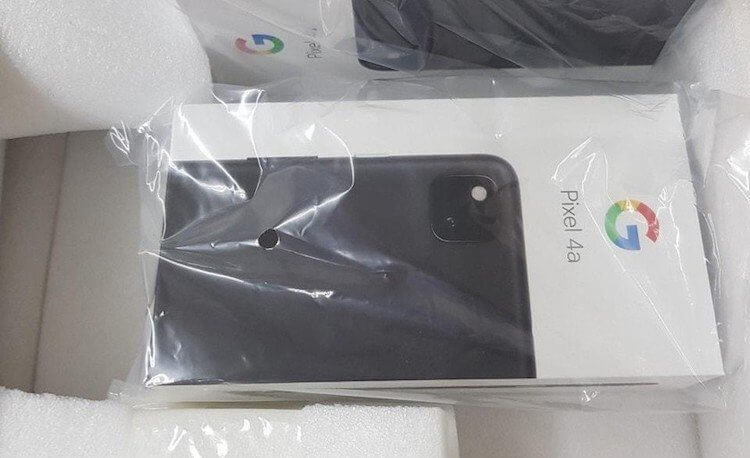 And here is the new Google Pixel 4a in the box.

There are more interesting scenarios for using the new processor. For example, its application in a line of devices running on Chrome OS and even in Google servers. As fantastic as these versions look, they also have something in them. Both companies need to shake things up and come up with something new. They can do it together right now.

In the end, if they create a processor for a smartphone, it will work fine with Android and both companies will benefit from it. Some will interrupt their shameful streak, while the latter will become almost Apple in their world. Well, or Huawei, which also releases its optimized processors and is preparing the next update.

What do you think? Does this make sense? Or is it better for everyone to continue to use Snapdragon, “bury the flight attendant” and stop torturing Exynos? It's just that sometimes it seems that Samsung is not able to make processors. But they have a chance to prove otherwise.